Christ, The Power, And The Wisdom Of God! 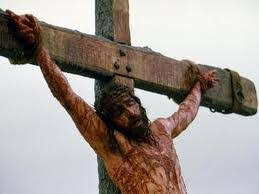 "For the message of the cross is foolishness to those who are perishing, but to us who are being saved it is the power of God. For it is written: “I will destroy the wisdom of the wise, And bring to nothing the understanding of the prudent.” For since, in the wisdom of God, the world through wisdom did not know God, it pleased God through the foolishness of the message preached to save those who believe. For Jews request a sign, and Greeks seek after wisdom; but we preach Christ crucified, to the Jews a stumbling block and to the Greeks foolishness, but to those who are called, both Jews and Greeks, Christ the power of God and the wisdom of God."

Christ is the power AND the wisdom of God, so why do we hear so many messages like, 'your best life now', 'ten steps to a better you', reposition yourself for prosperity', 'name it and claim it', etc....?  It's because satan knows that if Jesus is preached less and less, and His teachings are not taught and practiced, the people of God will be powerless and without spiritual understanding.

Paul, the apostle who had so many revelations of Christ, that he received a thorn in his flesh to keep him humble, wasn't some great orator and speaker. He didn't come to the people with wise and persuasive words, but with a demonstration of the Spirit and the POWER of God!

That's the way every minister of the gospel should think, it's totally about the preaching and declaration of Jesus Christ and Him crucified! He IS the POWER OF GOD! How many ministers come before the people in weakness, fear, and trembling? Jesus said His power is made perfect in weakness! That's the way of God! John said 'He must increase, but I must decrease.', it's ALL about JESUS!

So many ministers get up in the pulpit today with lengthy speeches and power point presentations, with beautiful illustrations and displays, but forget about the number one reason they are even preaching in the first place. JESUS!
1st Corinthians 4:18-20

"Now some are puffed up, as though I were not coming to you. But I will come to you shortly, if the Lord wills, and I will know, not the word of those who are puffed up, but the power. For the kingdom of God is not in word but in power.

Paul wasn't even concerned with what prideful people were saying, he wanted to see the power! Were they demonstrating the Spirit and power of God? Were they preaching Christ Jesus and Him crucified, that's where the power is!
Acts 14:8-10
"And in Lystra a certain man without strength in his feet was sitting, a cripple from his mother’s womb, who had never walked. This man heard Paul speaking. Paul, observing him intently and seeing that he had faith to be healed, said with a loud voice, “Stand up straight on your feet!” And he leaped and walked."

Christ, The Power, And The Wisdom Of God!
In Jesus,
Tyrone
Posted by Gospel Of The Kingdom Of God at 1:30 PM

Email ThisBlogThis!Share to TwitterShare to FacebookShare to Pinterest
Labels: Christ, Demonstration Of The Spirit And Power Of God, Jesus, Kingdom of God, The Power, The Wisdom Of God