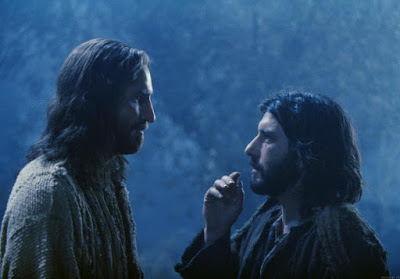 "And while He was still speaking, behold, a multitude; and he who was called Judas, one of the twelve, went before them and drew near to Jesus to kiss Him. But Jesus said to him, “Judas, are you betraying the Son of Man with a kiss?”

We all know this written testimony of the betrayal of Jesus by Judas Iscariot, but I want to point out a few things that amazed me and has taken me years to understand and put into practice in my own life.

1) After praying all night to God, Jesus called and chose twelve men out of the many disciples who followed Him and appointed them to be apostles, one of the twelve was Judas Iscariot.

"Now it came to pass in those days that He went out to the mountain to pray, and continued all night in prayer to God. And when it was day, He called His disciples to Himself; and from them He chose twelve whom He also named apostles: Simon, whom He also named Peter, and Andrew his brother; James and John; Philip and Bartholomew; Matthew and Thomas; James the son of Alphaeus, and Simon called the Zealot; Judas the son of James, and Judas Iscariot who also became a traitor."

**Remember that the gospels were written at least twenty years after the resurrection and they did not know at the time that Judas would betray Jesus!**

Question: Why did Jesus choose Judas when He knew Judas would end up betraying Him?

"Jesus answered them, “Did I not choose you, the twelve, and one of you is a devil?” He spoke of Judas Iscariot, the son of Simon, for it was he who would betray Him, being one of the twelve."

Question: How was it possible for Judas to be with Jesus everyday for three and a half years and still be a devil?

What I learned from this is that it did not matter how holy, righteous, and loving Jesus was, because the heart of Judas was hardened, his mind was closed, and all that Jesus said and did had no effect on him.

I am amazed at the fact that we can be absolutely holy and full of the love of Jesus and there will be those who are the complete opposite of us, yet we are able to co-exist with one another and in some cases like Jesus and Judas, sleep under the same roof!

2) Jesus gave Judas power to cast out demons, raise the dead, heal the sick and to preach the gospel.

"And when He had called His twelve disciples to Him, He gave them power over unclean spirits, to cast them out, and to heal all kinds of sickness and all kinds of disease. Now the names of the twelve apostles are these: first, Simon, who is called Peter, and Andrew his brother; James the son of Zebedee, and John his brother; Philip and Bartholomew; Thomas and Matthew the tax collector; James the son of Alphaeus, and Lebbaeus, whose surname was Thaddaeus; Simon the Cananite, and Judas Iscariot, who also betrayed Him.

This shows me that it's possible to be called, chosen, and given gifts by God but still end up falling away or being cast into outer darkness as an unprofitable servant in the end.

3) Jesus loved Judas with a love that surpasses human understanding.

"Now before the Feast of the Passover, when Jesus knew that His hour had come that He should depart from this world to the Father, having loved His own who were in the world, He loved them to the end. And supper being ended, the devil having already put it into the heart of Judas Iscariot, Simon’s son, to betray Him, Jesus, knowing that the Father had given all things into His hands, and that He had come from God and was going to God, rose from supper and laid aside His garments, took a towel and girded Himself. After that, He poured water into a basin and began to wash the disciples’ feet, and to wipe them with the towel with which He was girded."

What an amazing love! Jesus washed the feet of His own betrayer, knowing beforehand exactly what Judas would do!

Jesus left us the perfect example to follow, He showed us how to love our enemies, and to serve those who hate us.

"For to this you were called, because Christ also suffered for us, leaving us an example, that you should follow His steps:"

Posted by Gospel Of The Kingdom Of God at 12:27 AM No comments: 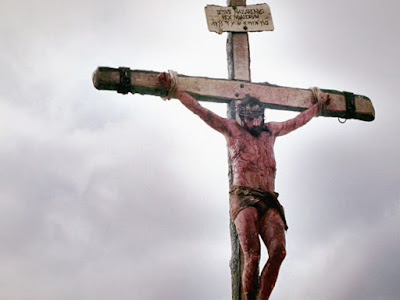 "But God demonstrates His own love toward us, in that while we were still sinners, Christ died for us."

My wife and I watched the Passion Of The Christ yesterday, and it was only the second time in our almost nine year marriage.

It helped to remind us of why we suffer persecution and rejection on a daily basis, and it helped me to see how focused Jesus was on finishing the work that God gave Him to do.

It also helped us to realize that what we go through every day, doesn't come close to being compared to what Jesus went through for us. Paul helps us to keep our sufferings and afflictions in proper perspective.

"Therefore we do not lose heart. Even though our outward man is perishing, yet the inward man is being renewed day by day. For our light affliction, which is but for a moment, is working for us a far more exceeding and eternal weight of glory,"

What Jesus suffered through and did on the cross for all man-kind is the greatest act of sacrifice, self denial, and obedience that can ever be done. He was holy, perfect, without sin, righteous, full of grace and truth, yet He was treated as a common criminal, a blasphemer, beaten beyond recognition, and crucified by sinful men.

"Behold, My Servant shall deal prudently; He shall be exalted and extolled and be very high. Just as many were astonished at you, So His visage was marred more than any man, And His form more than the sons of men;"

"The Lord God has opened My ear; And I was not rebellious, Nor did I turn away. I gave My back to those who struck Me, And My cheeks to those who plucked out the beard; I did not hide My face from shame and spitting."

Posted by Gospel Of The Kingdom Of God at 8:32 PM No comments:

Email ThisBlogThis!Share to TwitterShare to FacebookShare to Pinterest
Labels: Jesus Died For Us, Jesus The Sacrificial Lamb Of God, The Cross Of Christ, The Passion Of The Christ
Newer Posts Older Posts Home
Subscribe to: Posts (Atom)