Dream - Are You Hiding On The Battlefield? 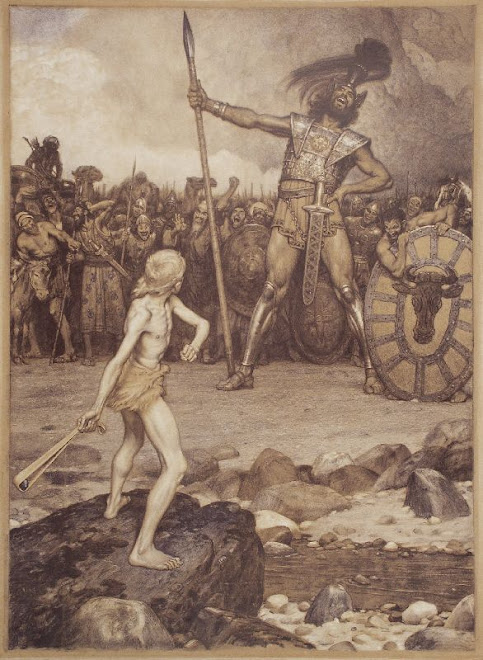 The Lord gave me a dream this morning after fasting and praying all day yesterday, and in this dream I saw a man who looked like Tom Cruise dressed in all white and he was carrying a white canopy bed on his back while walking through the middle of a battlefield. As he walked through the field he suddenly layed down on the ground and used the bed for a covering, the bedsheets covered him all around so no one could see him hiding underneath. Then the enemy came straight to the bed and started sticking a sword right through the top of the bed frantically trying to kill the man who was hiding underneath it, I could see him cringing in hopes that he would not be stabbed. It was sort of like a horror movie, then one plunge of the sword by the enemy stabbed the man in the leg, and he screamed out in pain, and then blood started to flow out from underneath the bed.

Then the enemy came to the head of the bed, and there laying on the ground was a very ornate gold worked small blade in a crimson scabbard. The enemy said, 'this looks like a very sharp blade', and I got the feeling in the dream that this blade belonged to the man hiding under the bed but he was not using it to fight the enemy. Then the dream switched to something else. -End-

We then thought about David and the scriptures in 1st Samuel 17:40-47

Then David said to the Philistine, “You come to me with a sword, with a spear, and with a javelin. But I come to you in the name of the LORD of hosts, the God of the armies of Israel, whom you have defied. This day the LORD will deliver you into my hand, and I will strike you and take your head from you. And this day I will give the carcasses of the camp of the Philistines to the birds of the air and the wild beasts of the earth, that all the earth may know that there is a God in Israel. Then all this assembly shall know that the LORD does not save with sword and spear; for the battle is the LORD’s, and He will give you into our hands.”

David wasn't afraid of the giant who came against him with a sword, spear, and a javelin because David had the anointing of God upon him and came against the enemy in the name of the LORD of hosts!!! Haleluah!!! It was the word of God, faith, and one smooth stone in a sling that took down a mighty giant!! How mighty and great is our God!! The battle is His, and we must stand and fight the enemy like David did, he didn't just stand there and wait on the enemy, he ran towards Goliath full of faith and confidence in the Lord!!

I will be praying more about this dream and asking the Lord to show me any time that I may be trying to hide from the enemy and not speaking His word when I should. I pray that the Lord will use me, tell me what to do and correct me when I don't fight the enemy when the battle comes to me.

There is no place to hide from the enemy on this battlefield of faith, the enemy already knows we are there so it's time for all those who are truly in Christ to stand up for truth and His word in confidence knowing that the battle is the Lord's and the victory has already been won!!!!

For though we walk in the flesh, we do not war according to the flesh. For the weapons of our warfare are not carnal but mighty in God for pulling down strongholds, casting down arguments and every high thing that exalts itself against the knowledge of God, bringing every thought into captivity to the obedience of Christ."

To God Be The Glory!
Tyrone

Posted by Gospel Of The Kingdom Of God at 12:17 PM

Email ThisBlogThis!Share to TwitterShare to FacebookShare to Pinterest
Labels: David And Goliath, Fighting The Enemy, Spirit Of Truth, Standing For Truth, Sword Of The Spirit, The Battle Is The Lord's, Word Of God