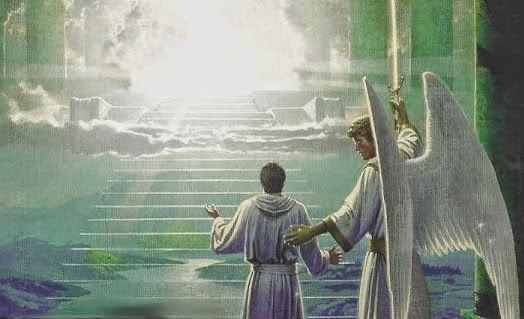 Do you know that Jesus is more than our Lord, Savior, and King? He is also our Judge!

In this study we will learn that Jesus is coming back to do more than just save His people and bring peace to the earth. He is going to judge all man-kind for the works we have done while we were on this earth, whether good or bad. Some will receive eternal life and live with God for eternity and others will be eternally separated from God and tormented in the lake of fire forever.

“Therefore we make it our aim, whether present or absent, to be well pleasing to Him. For we must all appear before the judgment seat of Christ, that each one may receive the things done in the body, according to what he has done, whether good or bad. Knowing, therefore, the terror of the Lord, we persuade men; but we are well known to God, and I also trust are well known in your consciences.”

Many people read in the bible of how loving, meek, and humble Jesus is, but many don’t understand that when He comes back to earth, He is coming to judge everyone according to what he or she has done.

Question: Have you ever thought about standing before your Creator?

“For as the Father has life in Himself, so He has granted the Son to have life in Himself, and has given Him authority to execute judgment also, because He is the Son of Man. Do not marvel at this; for the hour is coming in which all who are in the graves will hear His voice and come forth—those who have done good, to the resurrection of life, and those who have done evil, to the resurrection of condemnation. I can of Myself do nothing. As I hear, I judge; and My judgment is righteous, because I do not seek My own will but the will of the Father who sent Me.”


Question: What are the two reasons the Father gave all authority and judgment to Jesus?

Question: Why will some people be condemned by Jesus?

“And He commanded us (apostles) to preach to the people, and to testify that it is He who was ordained by God to be Judge of the living and the dead.”

“Truly, these times of ignorance God overlooked, but now commands all men everywhere to repent, because He has appointed a day on which He will judge the world in righteousness by the Man (Jesus) whom He has ordained. He has given assurance of this to all by raising Him from the dead.”

Question: Have you ever thought about Jesus being your judge?


Question: Why is Jesus going to send the goats away into everlasting punishment?

“Now I saw heaven opened, and behold, a white horse. And He who sat on him was called Faithful and True, and in righteousness He judges and makes war. His eyes were like a flame of fire, and on His head were many crowns. He had a name written that no one knew except Himself. He was clothed with a robe dipped in blood, and His name is called The Word of God. And the armies in heaven, clothed in fine linen, white and clean, followed Him on white horses. Now out of His mouth goes a sharp sword, that with it He should strike the nations. And He Himself will rule them with a rod of iron. He Himself treads the winepress of the fierceness and wrath of Almighty God. And He has on His robe and on His thigh a name written: KING OF KINGS AND LORD OF LORDS.”

“Then I saw a great white throne and Him who sat on it, from whose face the earth and the heaven fled away. And there was found no place for them. And I saw the dead, small and great, standing before God, and books were opened. And another book was opened, which is the Book of Life. And the dead were judged according to their works, by the things which were written in the books. The sea gave up the dead who were in it, and Death and Hades delivered up the dead who were in them. And they were judged, each one according to his works. Then Death and Hades were cast into the lake of fire. This is the second death. And anyone not found written in the Book of Life was cast into the lake of fire.”

Jesus is coming soon to judge and make war; our eternal souls must be prepared to stand before Him on judgment day, if we are not then Jesus The Judge will send us away into eternal punishment. Don’t wait until it’s too late; make a choice for Jesus and eternal life today!

Posted by Gospel Of The Kingdom Of God at 9:11 PM