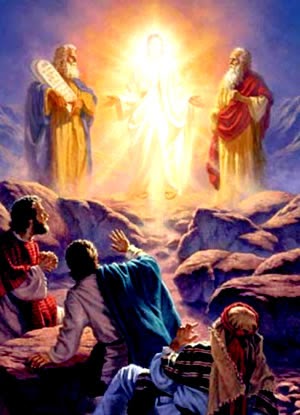 "I now rejoice in my sufferings for you, and fill up in my flesh what is lacking in the afflictions of Christ, for the sake of His body, which is the church, of which I became a minister according to the stewardship from God which was given to me for you, to fulfill the word of God, the mystery which has been hidden from ages and from generations, but now has been revealed to His saints. To them God willed to make known what are the riches of the glory of this mystery among the Gentiles: which is Christ in you, the hope of glory."

A day is coming when the world will see the visible manifestation of God's glory in the face of His people and they will know that HE IS THE LORD!

A day is coming when the glory of God's presence will be seen and felt in the midst of the assembly and they will know that HE IS THE LORD!

During the Azusa street revival in California, many testified that the Shekinah Glory of God's presence was so thick that little children could play hide and go seek in it. It was like a thick mist, a cloud that could be seen and felt by all, many would come in and lie on the ground and breathe it in.

Moses went up Mount Sinai to talk with God and receive the ten commandments, and when he came down his face was shining with God's glory!

Jesus gave the first disciples the glory that the Father had given Him and they were able to walk as Jesus walked, carrying the glory of God!

"Arise, shine; For your light has come! And the glory of the Lord is risen upon you. For behold, the darkness shall cover the earth, And deep darkness the people; But the Lord will arise over you, And His glory will be seen upon you. The Gentiles shall come to your light, And kings to the brightness of your rising."

Posted by Gospel Of The Kingdom Of God at 6:40 PM

Email ThisBlogThis!Share to TwitterShare to FacebookShare to Pinterest
Labels: Christ In You The Hope Of Glory, God's Glory, Moses, Shekinah Glory, Shining Face, The Glory Cloud Of God's Presence, The Glory Of The Lord