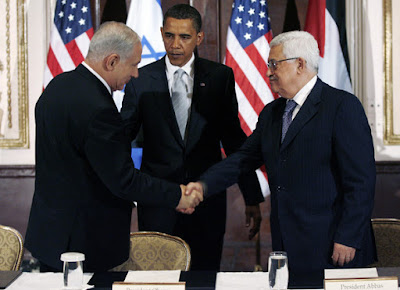 70 Nations to Meet in Paris on Jan. 15th, They Will Discuss The Dividing of the Land of Israel!

Then on Jan. 17th the U.N. Security Council will meet in New York to openly debate the middle east and likely confirm their decision on the Israeli, Palestinian peace agreement!

Here's some of the decision making power that the U.N. Security Council has:

Here is an excerpt from the article I found on CharismaNews.Com:


"A draft of the summary statement that will be released at the conclusion of the 70-nation conference in Paris on Sunday has been leaked. As you will see below, this communique is going to call for the division of the land of Israel, for the establishment of a Palestinian state, for the 1967 borders to serve as the basis for final negotiations between the Israelis and the Palestinians and for the condemnation of any officials that refuse to support a two-state solution.

Of course this comes on the heels of U.N. Security Council Resolution 2334, which many believe represented America's greatest betrayal of Israel. Israeli government officials are publicly warning that there is a possibility the principles agreed upon at this conference may form the basis for another Security Council resolution before Jan. 20, and this is something we should all be watching for very closely.

Haaretz exclusively obtained a copy of a draft of the summary statement that will be released following the conference on Sunday, and you can read it for yourself right here. Reportedly, there was a major meeting of diplomats last Friday, and the latest draft reflects feedback that was received from those diplomats during that meeting:

Last Friday, there was a meeting of senior diplomats from the dozens of Western and Arab countries that will attend the conference. The French delegate, Pierre Vimont, presented them with the first draft of the conference's summary communiqué and asked for comments.

According to Western diplomats, Vimont said France wants to reach a consensus among the participating states on a balanced statement that would stress the centrality of the two-state solution to the international community, but would take this month's transfer of presidential power in the United States into account. In many ways, the document closely tracks the language of U.N. Security Council Resolution 2334.

Here are some of the things that really stood out to me in the draft.

- It makes a clear commitment to "two states, Israel and Palestine, living side by side in peace and security."

- It insists that there must be an end to "the occupation that began in 1967".

- It calls on Israeli and Palestinian leaders to publicly renew their commitment to a two-state solution.

- It also calls on Israeli and Palestinian leaders to publicly renounce any of their officials who do not support a two-state solution.

- It states that the 70 nations gathered in Paris only recognize the June 4, 1967 borders and that the only future changes to those borders they will recognize will come as the result of negotiations between the Israelis and the Palestinians. And just like U.N. Security Council Resolution 2334, Jerusalem is specifically mentioned.

- The summary statement will also call on all countries to clearly distinguish between the state of Israel and territories that would belong to the Palestinians based upon the 1967 borders in all of their dealings.

Needless to say, this is a horribly anti-Israel document, and the Israeli government is already strongly denouncing it.

At this point, Israeli Prime Minister Benjamin Netanyahu is most alarmed about the possibility that this summary statement could be used as the basis for another U.N. Security Council resolution just a few days later.

Netanyahu fears that the final communiqué of the Paris conference will be adopted next Monday by the EU foreign ministers' council and the foreign ministers of the Quartet, and might also be the basis for another resolution at the Security Council, which is scheduled to convene next Tuesday for its monthly debate on the Israeli-Palestinian issue.

"We find ourselves only a few days before the Paris conference and, only a few days later, a Security Council debate," Netanyahu said at the start of the weekly cabinet meeting on Sunday. "We are making a great effort to prevent another Security Council resolution." By organizing this conference and trying to lead the way in the effort to divide the land of Israel, France is in danger of greatly cursing itself.

Why are our leaders being so foolish? In the Scriptures, God specifically warns us that in the last days, He will judge the nations for dividing up His land. This is what Joel 3:1-2 says in the Modern English Version...

"In those days and at that time, when I restore the fortunes of Judah and Jerusalem, I will gather all the nations, and bring them down to the Valley of Jehoshaphat. I will enter into judgment with them there regarding My people and My heritage Israel, whom they have scattered among the nations; they have also divided up My land. Those who bless Israel will be blessed, and those who curse Israel will be cursed."

And the 70 nations that are gathering in Paris, France on Sunday are literally in danger of cursing the entire planet.

Let us just pray there will not be another U.N. Security Council resolution following this conference, because that would be absolutely disastrous for Israel, for the United States and for the rest of the globe."

"For when they say, “Peace and safety!” then sudden destruction comes upon them, as labor pains upon a pregnant woman. And they shall not escape."

Posted by Gospel Of The Kingdom Of God at 4:18 PM