The Authority Of God's Ministers 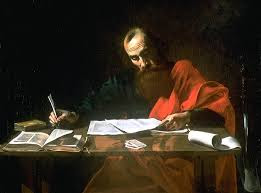 "Let every soul be subject to the governing authorities. For there is no authority except from God, and the authorities that exist are appointed by God. Therefore whoever resists the authority resists the ordinance of God, and those who resist will bring judgment on themselves. For rulers are not a terror to good works, but to evil. Do you want to be unafraid of the authority? Do what is good, and you will have praise from the same. For he is God’s minister to you for good. But if you do evil, be afraid; for he does not bear the sword in vain; for he is God’s minister, an avenger to execute wrath on him who practices evil."

Are the scriptures above the view we hold about ministers today? Are we afraid of God's ministers who have the authority to execute wrath and judgment upon those who practice evil?

Paul certainly exercised his authority and power as God's minister when he judged the sexually immoral brother who sinned by sleeping with his fathers wife.

It is actually reported that there is sexual immorality among you, and such sexual immorality as is not even named among the Gentiles—that a man has his father’s wife! And you are puffed up, and have not rather mourned, that he who has done this deed might be taken away from among you. For I indeed, as absent in body but present in spirit, have already judged (as though I were present) him who has so done this deed. In the name of our Lord Jesus Christ, when you are gathered together, along with my spirit, with the power of our Lord Jesus Christ, deliver such a one to Satan for the destruction of the flesh, that his spirit may be saved in the day of the Lord Jesus.

Wow! Now that's a judgment, imagine being handed over to satan for the destruction of your flesh! I  imagine that could be something like what happened to Job, and including even death! That the spirit of the person may be saved on judgment day. Now that should cause those in the body of Christ to be afraid of sinning and being judged by a true minister of God.

God used Peter to bring judgment on Ananias and Sapphira.

"But a certain man named Ananias, with Sapphira his wife, sold a possession. And he kept back part of the proceeds, his wife also being aware of it, and brought a certain part and laid it at the apostles’ feet. But Peter said, “Ananias, why has Satan filled your heart to lie to the Holy Spirit and keep back part of the price of the land for yourself?  While it remained, was it not your own? And after it was sold, was it not in your own control? Why have you conceived this thing in your heart? You have not lied to men but to God.”

Then Ananias, hearing these words, fell down and breathed his last. So great fear came upon all those who heard these things. And the young men arose and wrapped him up, carried him out, and buried him. Now it was about three hours later when his wife came in, not knowing what had happened. And Peter answered her, “Tell me whether you sold the land for so much?” She said, “Yes, for so much.”

Then Peter said to her, “How is it that you have agreed together to test the Spirit of the Lord? Look, the feet of those who have buried your husband are at the door, and they will carry you out.” Then immediately she fell down at his feet and breathed her last. And the young men came in and found her dead, and carrying her out, buried her by her husband. So great fear came upon all the church and upon all who heard these things.

How could Peter know that satan had filled the heart of Ananias? The Holy Spirit told Him!! Now that's the power of God in the moment, in real time action!!

It's not a stretch for me to say that many believers do not have a true fear of God or His ministers in today's church!

Paul also gave two men name Hymenaeus and Alexander over to satan to teach them not to blaspheme!!!

"This charge I commit to you, son Timothy, according to the prophecies previously made concerning you, that by them you may wage the good warfare, having faith and a good conscience, which some having rejected, concerning the faith have suffered shipwreck, of whom are Hymenaeus and Alexander, whom I delivered to Satan that they may learn not to blaspheme.

Paul was not playing was he!!? When it was time to judge a spiritual matter in the body of Christ he did it with the authority and judgment he was given from Jesus Himself!!!

I wonder how many of those called brother and sister would remain in many churches today if Paul were to go in under the anointing and power of the Holy Spirit to judge and purge out the old leaven?

O how I long for the day when the Lord will operate through His Spirit, through His ministers as He did in the days of old, bring the fire Lord, bring the rain, bring your judgment!

Posted by Gospel Of The Kingdom Of God at 6:57 PM