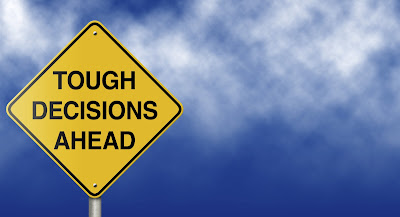 I've learned so much over these last few years, and I haven't been posting as many messages as I once did, mainly because I needed to put into practice all the spiritual principles I have learned and the foundational teachings of Jesus Christ. Like love your neighbor as yourself, love your enemies, etc... principles that are much easier said than done, because how can you truly love your brother, your enemy, your neighbor, even God Himself if you don't have genuine love in your heart?

You may be able to do it in your flesh for some time, but eventually there will be issues that arise that will test your soul and you will find out exactly who you really are. It's all about choices, will you choose to obey God and do what is right? Be built up in your faith as you live a daily life for Christ, taking up your cross and following Him everyday, or will you choose your flesh and the pleasures of this world?

Shadrach, Meshach, and Abed-Nego had a choice to make when King Nebuchadnezzar erected a sixty cubit (90 foot!) idol statue of gold and commanded all the people of the provinces to fall down and worship the gold image.


"Then a herald cried aloud: “To you it is commanded, O peoples, nations, and languages, that at the time you hear the sound of the horn, flute, harp, lyre, and psaltery, in symphony with all kinds of music, you shall fall down and worship the gold image that King Nebuchadnezzar has set up; and whoever does not fall down and worship shall be cast immediately into the midst of a burning fiery furnace.”

"Then Nebuchadnezzar, in rage and fury, gave the command to bring Shadrach, Meshach, and Abed-Nego. So they brought these men before the king. Nebuchadnezzar spoke, saying to them, “Is it true, Shadrach, Meshach, and Abed-Nego, that you do not serve my gods or worship the gold image which I have set up? Now if you are ready at the time you hear the sound of the horn, flute, harp, lyre, and psaltery, in symphony with all kinds of music, and you fall down and worship the image which I have made, good! But if you do not worship, you shall be cast immediately into the midst of a burning fiery furnace. And who is the god who will deliver you from my hands?”

"Shadrach, Meshach, and Abed-Nego answered and said to the king, “O Nebuchadnezzar, we have no need to answer you in this matter. If that is the case, our God whom we serve is able to deliver us from the burning fiery furnace, and He will deliver us from your hand, O king. But if not, let it be known to you, O king, that we do not serve your gods, nor will we worship the gold image which you have set up.”

The three men of God made the right choice! They knew that God was ABLE to deliver them and said to the King, but if He does not, we don't serve your gods nor will we worship the gold statue that you have set up. Their faith, trust, and relationship to God gave them the ability to stand up to the King, even though he was enraged and full of fury, which I can imagine was a very fearful sight, but not to Shadrach, Meshach, and Abed-Nego! The Lord blessed their faith and trust in Him and delivered them in a mighty way!

Peter had a choice to make when faced with questions of whether or not he was a disciple of Jesus.

"Now Peter sat outside in the courtyard. And a servant girl came to him, saying, “You also were with Jesus of Galilee.” But he denied it before them all, saying, “I do not know what you are saying.” And when he had gone out to the gateway, another girl saw him and said to those who were there, “This fellow also was with Jesus of Nazareth.” But again he denied with an oath, “I do not know the Man!” And a little later those who stood by came up and said to Peter, “Surely you also are one of them, for your speech betrays you.” Then he began to curse and swear, saying, “I do not know the Man!” Immediately a rooster crowed. And Peter remembered the word of Jesus who had said to him, “Before the rooster crows, you will deny Me three times.” So he went out and wept bitterly."

Peter made the wrong choices and he had three chances to get it right! Obviously he was not ready in his soul to stand with Jesus and proclaim the truth of his relationship to Jesus. Who knows what was going through Peter's mind at the time, fear of death, shame, self preservation?

If he didn't deny Jesus three times would he have been taken and crucified with Jesus? Or perhaps the Lord would have protected him and blessed him because of his faith and allegiance? Thank God for His love and mercy because He forgives us and remembers that we were formed from the dust of the earth. Jesus forgave Peter for denying Him and ended up using Peter greatly to preach his gospel to the Jews and to do mighty works by His power in Jesus name.

The time is near for the last days saints to take their stand as well, against the man of sin and the false prophet. The scriptures tell us that many Christians will become martyrs for Jesus because they will not worship the beast and his image.

"And I saw thrones, and they sat on them, and judgment was committed to them. Then I saw the souls of those who had been beheaded for their witness to Jesus and for the word of God, who had not worshiped the beast or his image, and had not received his mark on their foreheads or on their hands. And they lived and reigned with Christ for a thousand years. But the rest of the dead did not live again until the thousand years were finished. This is the first resurrection. Blessed and holy is he who has part in the first resurrection. Over such the second death has no power, but they shall be priests of God and of Christ, and shall reign with Him a thousand years."

What choice will you make? Your immortal soul depends on it!

Posted by Gospel Of The Kingdom Of God at 12:07 AM

Email ThisBlogThis!Share to TwitterShare to FacebookShare to Pinterest
Labels: Choose This Day Who You Will Serve, For The King, Purity Of Heart And Mind, Righteousness, Standing For Truth, The Right Choice