JESUS IS THE HEAD Of HIS CHURCH! 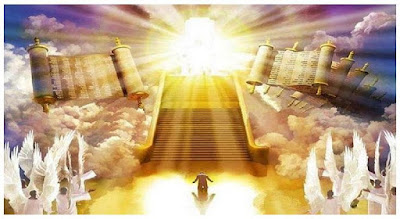 
"Therefore I also, after I heard of your faith in the Lord Jesus and your love for all the saints, do not cease to give thanks for you, making mention of you in my prayers: that the God of our Lord Jesus Christ, the Father of glory, may give to you the spirit of wisdom and revelation in the knowledge of Him, the eyes of your understanding being enlightened; that you may know what is the hope of His calling, what are the riches of the glory of His inheritance in the saints, and what is the exceeding greatness of His power toward us who believe, according to the working of His mighty power which He worked in Christ when He raised Him from the dead and seated Him at His right hand in the heavenly places, far above all principality and power and might and dominion, and every name that is named, not only in this age but also in that which is to come. And He put all things under His feet, and gave Him to be head over all things to the church, which is His body, the fullness of Him who fills all in all."

If only those who are truly converted to Christ would understand the powerful truths about our Lord and Savior, and our inheritance in Him. If only those who call themselves ministers and shepherds of the Lord's sheep would teach the souls that they oversee who Jesus really is and who the Head of the church is, the world would be swept away by the power of God!

In most religious institutions today we see men and women who have gone through years of schooling, training, and bible study courses, being set up as leaders and figures of authority who are called upon to teach, train, oversee others, and preach the gospel of Jesus Christ.

But where in scripture do we find an example of the system that these men and women use to become ministers of God and the Lord Jesus Christ?

What we find is Jesus Himself calling, training, and teaching His own disciples and making them into ministers of His Gospel!

"And Jesus, walking by the Sea of Galilee, saw two brothers, Simon called Peter, and Andrew his brother, casting a net into the sea; for they were fishermen. Then He said to them, “Follow Me, and I will make you fishers of men.” They immediately left their nets and followed Him."

Jesus also told Peter that He would build HIS CHURCH and the gates of hell would not prevail against it!

"And I also say to you that you are Peter, and on this rock I will build My church, and the gates of Hell shall not prevail against it."

Jesus didn't build one building did He? But yet we see men today erecting 'church' buildings on every other corner in most cities of this country!

The Lord uses His ministers and adds souls to His church.

"So continuing daily with one accord in the temple, and breaking bread from house to house, they ate their food with gladness and simplicity of heart, praising God and having favor with all the people. And the Lord added to the church daily those who were being saved."

HE is the one who places apostles, prophets, teachers, and those with ministry gifts in HIS CHURCH!

"Now you are the body of Christ, and members individually. And God has appointed these in the church: first apostles, second prophets, third teachers, after that miracles, then gifts of healings, helps, administrations, varieties of tongues."

So why do men and women in the religious institutions appoint one another? And then say that God raised them up, or they receive a bachelors degree of religious studies and send out resume's to become the senior pastor of a congregation, and you even have congregations being handed over to sons from their fathers! Totally unbiblical!

We must understand that Jesus is the Head of His church (ekklesia-an assembly of souls) which is His body, not a building! And He has ALL authority in Heaven and on earth, He is the one who calls, equips, appoints and anoints! Not man!

"And Jesus came and spoke to them, saying, “All authority has been given to Me in heaven and on earth. Go therefore and make disciples of all the nations, baptizing them in the name of the Father and of the Son and of the Holy Spirit, teaching them to observe all things that I have commanded you; and lo, I am with you always, even to the end of the age.” Amen.

Jesus Christ is the same yesterday, today, and forever!

Posted by Gospel Of The Kingdom Of God at 9:42 PM