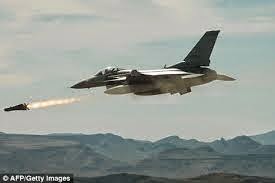 I had 2 dreams on an attack which I believe to be in the USA just because me and my family were in both of them and we are living in the USA. Keep in mind that both dreams were in a very short time one from another.

I was on the beach giving some English lessons to some students on a table at the shore of the ocean in the USA seemed to be downtown and out of nowhere it came an  airplane and started bombing the city and shooting down and killing many people. It destroyed building, many building even falling down, it was pure chaos. I started running with my daughter to try to find my husband that was somewhere around waiting for me to finish my class. And in the midst of the chaos, there was a man that tried to rape me in the middle of the street, but at the time God gave me a strategy to tell him for us to find another place hidden and he gave me his hand and accepted. But God was in the midst of that chaos giving me a strategy to find my husband on the way. And we could finally see my husband and we ran and I told my husband on his ear what that man was trying to do with me. End of the dream.

I was looking from a  window of a house me and my daughter were in at the time in a very tall building and out of a sudden I see some agitation on the people down and when I look almost entering inside my window a huge squared kind of green army car with 4 small tires&wheels flying and almost hit my building, but it ended up passing over my building and right after that it started bombing and shooting the whole city, and after that it started coming others and it was a complete destruction. Many men were coming down ropes dressed like army people invading the city. I was running from this building I was (which was not ours) house to meet my husband in our house which was the street above. I ran but I could not find the street or the house, so as the bombing was going on and it was pure chaos, I entered in another place and I was going to take the elevator (there were 2- one beside the other) and both doors opened at the same time, in one there was a man looking very strange and the Lord put in my heart that he would do something to us and I ran to the other door with my daughter and entered inside that one and the door closed quickly and we were safe from that man. End of the dream.

Pray for confirmation from the Lord about these dreams, the hour of their fulfillment is near!

Posted by Gospel Of The Kingdom Of God at 4:16 PM