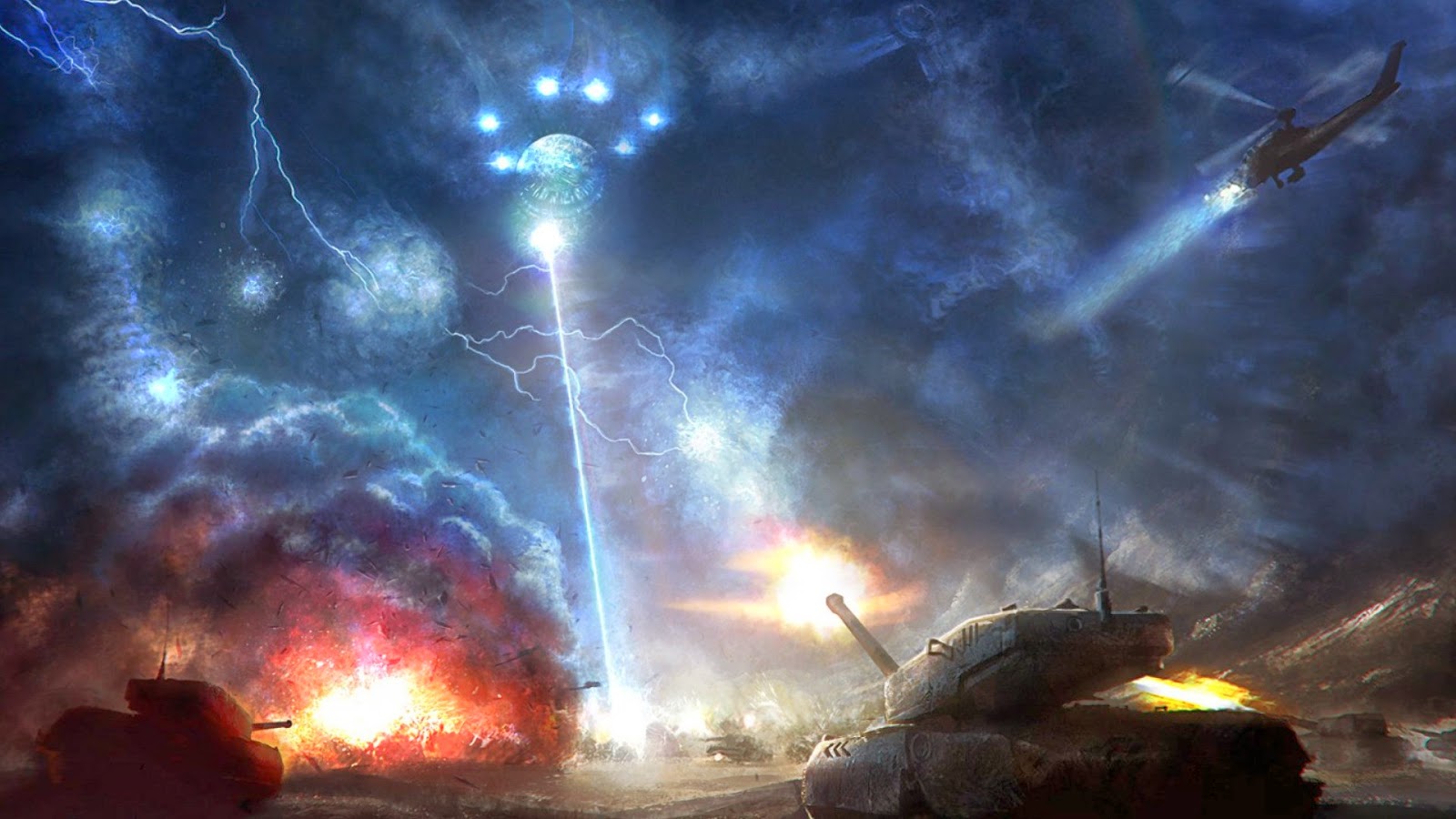 I had a very vivid dream this morning of war in America and aliens descending from the skies. In the dream I was walking down a dark street during the night time, I was with another man, but I don't know who this person was, and it seemed he didn't have a clue about what was coming. As I walked down the street with the man, I started to hear bombs dropping behind me so I turned around and looked, that's when I saw the flashes of light that bombs make when they go off and hit the ground. I yelled out WAR! And I saw two soldiers standing on my right side and I said, "It's starting! War is starting", then the two soldiers ran off in the direction of the war.

Then right after that I turned around and continued to walk up the street when I looked up into the sky, then I saw an alien craft coming out of the clouds, and I yelled out, "do not fear them!". The craft tried to run me over but I stretched out my hands in front of me and by the power of God it stopped right before it ran me down! Then I was attacked by a very strong man-like alien being, and I was wrestling with it for a few seconds when another one even stronger came up behind it and knocked it away from me with the swipe of one hand, then I grappled with this being for a short time and right after that I woke up!

I have already posted a few dreams I had of war coming to America and I've also read a few prophecies and dreams from some other people about war and a coming alien invasion. Is the Lord continuing to warn His people through visions, dreams, and prophecies about what's coming? I believe so! The Lord ALWAYS warns His people before His judgments fall. I said it before and I will  say it again, prepare yourself, get in the Ark while there's still time, the flood is coming! And so is Jesus!!!

Posted by Gospel Of The Kingdom Of God at 5:07 PM