Biblical Conversion To Christ: What Does It Look Like? 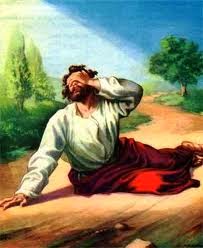 In these last days that we live in, we are witnessing the fulfillment of many biblical prophecies and prophetic words of God and His ministers. One prophetic word given by Paul is clearly coming to pass in this generation.

"For the time is coming when people will not endure sound teaching, but having itching ears they will accumulate for themselves teachers to suit their own passions, and will turn away from listening to the truth and wander off into myths."

How can you reach a person who has turned away from listening to the truth? You can't! Even Jesus couldn't do many works in His hometown because of unbelief, when there is unbelief in the hearts of the hearers there is absolutely nothing anyone can do, including God! Remember God allowed a whole generation of His own people to perish in the desert for unbelief.

So with all the multitudes of people preaching and teaching on 'how to be saved', how can one know the true way to eternal life and entrance into the kingdom of God? Our only true source of Godly direction and answers comes from the scriptures contained in what we call the 'bible'.

Let me start by clarifying what we really should be saying in regards to the salvation of our souls. The scriptures teach us that we are 'converted' to Christ not instantly 'saved' the moment we confess that Jesus is Lord or repeat a so-called 'sinners prayer'. So to say that 'I'm saved', 'I got saved', or 'I've been saved' etc..., is not correct according to the scriptures and therefore a doctrine of man.

The scriptures teach that salvation is an ongoing process once a soul is converted to Christ and enters the kingdom of God. When we read a passage like Romans 10:9 we MUST put the scriptures in context of who is speaking and who is being spoken to!

"because, if you confess with your mouth that Jesus is Lord and believe in your heart that God raised him from the dead, you will be saved." Taken out of context this scripture has been used erroneously for decades to make people think that they are instantly 'saved' when they profess their belief in Jesus. But look carefully at the words of the text 'you WILL BE saved', that's future tense is it not? Indeed it is, and there is no instant salvation taught anywhere in scripture.

Conversion means: to turn, turn around

“And now, brothers, I know that you acted in ignorance, as did also your rulers. But what God foretold by the mouth of all the prophets, that his Christ would suffer, he thus fulfilled. Repent therefore, and turn back, that your sins may be blotted out, that times of refreshing may come from the presence of the Lord, and that he may send the Christ appointed for you, Jesus,"

John the baptist was sent to prepare the way of the Lord and he was also sent to baptize people with water for repentance, John's baptism in water was the start of a transition period from the Old Covenant, into the New Covenant.

Question: What does it mean to be baptized with the Holy Spirit and Fire?

"And while staying with them he ordered them not to depart from Jerusalem, but to wait for the promise of the Father, which, he said, “you heard from me; for John baptized with water, but you will be baptized with the Holy Spirit not many days from now.”

"So when they had come together, they asked him, “Lord, will you at this time restore the kingdom to Israel?” He said to them, “It is not for you to know times or seasons that the Father has fixed by his own authority. But you will receive power when the Holy Spirit has come upon you, and you will be my witnesses in Jerusalem and in all Judea and Samaria, and to the end of the earth.”

"When the day of Pentecost arrived, they were all together in one place. And suddenly there came from heaven a sound like a mighty rushing wind, and it filled the entire house where they were sitting. And divided tongues as of fire appeared to them and rested on each one of them. And they were all filled with the Holy Spirit and began to speak in other tongues as the Spirit gave them utterance."

Question: Can we receive this same baptism with the Holy Spirit and Fire today?

"Let all the house of Israel therefore know for certain that God has made him both Lord and Christ, this Jesus whom you crucified.” Now when they heard this they were cut to the heart, and said to Peter and the rest of the apostles, “Brothers, what shall we do?” And Peter said to them, “Repent and be baptized every one of you in the name of Jesus Christ for the forgiveness of your sins, and you will receive the gift of the Holy Spirit. For the promise (Holy Spirit) is for you and for your children and for all who are far off, everyone whom the Lord our God calls to himself.”

The first century Christians experienced a life of power, spiritual gifts, boldness and a love for one another that turned the world upside down! I pray that we will also see days like they did and even greater as this age comes to a close.

Posted by Gospel Of The Kingdom Of God at 6:29 PM