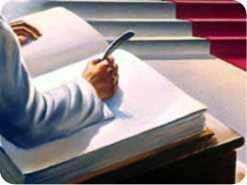 I would like to share some words with those who have ears to hear the truth about God's judgements, because I know there are many who close their ears for this subject, they can close the ears now, but their eyes will not be closed to see this reality coming from God.

Some days ago, I was praying about all the christians and unbelievers that are definitely NOT aware of all these things that are coming to the earth and many things that are already happening and I was having a conversation with God about it. I was asking the Lord how He was feeling about all this and I also said in my prayer that it should be very hard for Him to have to send His judgements to the earth and also He should be very sad with all these iniquities and disobedience and this is the word I heard from the Holy Spirit:

These words were for me a revelation of God at that moment because I was thinking He was sad and all that, and He said these things were a "delight" for Him for He delights in lovingkindness, judgment and righteousness.

Psalm 147:11 - The LORD takes pleasure in those who fear Him,In those who hope in His mercy.

Proverbs 11:20 - Those who are of a perverse heart are an abomination to the LORD, But the blameless in their ways are His delight.

Psalm 7:11 - God is a just judge, And God is angry with the wicked every day.

Psalm 9:8 - He shall judge the world in righteousness, And He shall administer judgment for the peoples in uprightness.

Psalm 110:6 - He shall judge among the nations, He shall fill the places with dead bodies, He shall execute the heads of many countries.

Revelation 20:13 - And I saw the dead, small and great, standing before God, and books were opened. And another book was opened, which is the Book of Life. And the dead were judged according to their works, by the things which were written in the books.

John 9:31 - Now we know that God does not hear sinners; but if anyone is a worshiper of God and does His will, He hears him.

Proverbs 10:2 - Treasures of wickedness profit nothing, But righteousness delivers from death.

Proverbs 11:19 - As righteousness leads to life, So he who pursues evil pursues it to his own death.

So, we see clearly that there are books where all the works we do in this earth are being written down and we all are going to be judged by what we do and nothing is hidden at the sight of the Lord! Let us walk in righteousness by the power of the Holy Spirit in this corrupt generation for our reward is sure! Let us fear the Lord and obey His commands and be blameless in Christ for He is coming back for an unspotted and unblemished bride.

May this message encourage you to walk in righteousness and blameless in the Lord's presence and if you are not walking like this yet, repent , confess your sins, turn your ways to the Lord, obey His commands, be baptized in waters and receive the promise of the Holy Spirit of God in order to be a child of the Most High God!

With much love in Christ,
Cynthia R. Palmer

Posted by Gospel Of The Kingdom Of God at 11:04 AM